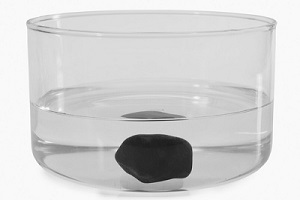 Density measures the mass per unit volume. It is calculated by dividing the mass of the material by the volume and is normally expressed in g/cm3.

The density of a plastic sample may change due to change in crystallinity, loss of plasticizers, absorption of solvent, etc. It is important to note that density varies with temperature.

Therefore, to determine the exact density of plastic, it is important to:

Density can be converted to specific gravity by dividing the Density value (in g/cm3) by 0.9975

How to Calculate the Density of Plastic

The most usual test methods to determine plastics Density are (ofcourse there exist several other methods as well, but they are not discussed here):

ASTM D1505 determines Density of a material by the density-gradient technique. A material is placed in a liquid column of variable density with standard floats (glass beads of known density). The density of the material is then calculated based on its relative position to the floats in the column and the densities of the glass beads.

ASTM D792 — 98 describes the determination of the specific gravity (relative density) and density of solid plastics in forms such as sheets, rods, tubes, or molded items. There are chiefly two test methods are involved:

The method specifies a gradient column method for the determination of the density of non-cellular moulded or extruded plastics in void-free form. Density gradient columns are columns containing a mixture of two liquids, the density in the column increasing uniformly from top to bottom.